How closely are we currently follow the food production model of the National Socialist Party, Germany? 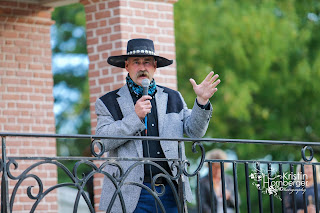 Most of what I have on my mind today has been shared with you before throughout the years, I sense, though, that you will read it today with much more of an open mind. In the next 30 days, we will be running hard, throughout the Great Plains of America, to educate and empower property rights enthusiasts about how to deal with an overbearing, heavy-handed government. I don’t care if you want to call it 30 x 30, Net Carbon Zero, a Heritage Area, or an American Prairie Reserve, it is designed to chase you and I off of our own property. Buffalo Commons never died, it simply reinvented itself to incrementally accomplish their original goal.

First, for some history; on July 14, 1933, the Nazi Party was formally declared to be the only political party in Germany. No one in 2021 is suggesting that, or are they?

Let's dive in where the issues get real scary. Hilter and the National Socialist Party tried hard to convince folks that animals needed legal protection. In 1933, the Nazis passed laws regulating the slaughter of animals. Hermann Goering announced an end to the “unbearable torture and suffering in animal experiments” and it was said that anyone who treated animals as “inanimate property” would be sent to a concentration camp.

Among other things, the law forbade any unnecessary harm to animals, banned the inhumane treatment of animals in the production of movies, and outlawed the use of dogs in hunting. Cutting the tails and ears of dogs without anesthesia was also banned, and livestock were supposed to be killed humanely.

The Reich Nature Protection Act was passed. which placed several native species on a protection list including the wolf and Eurasian lynx. He also spoke of the “petrochemical” world of control of food and promoted farming without technology but rather hand labor. He designated areas as “critical” for green growth and put protections in place from man.

I think this summary from “Accuracy in Media” summarizes it best.

Historians have either overlooked or forgotten that sweeping Nazi environmental laws, all signed by Hitler and considered to be his pet projects, preceded the racially charged Nuremberg Laws, reflecting the fact that Nazi racism was rooted in ecology.  By the summer of 1935, right before the Nuremberg laws were set up, Nazi Germany was by far the greenest regime on the planet. The Animal Protection laws were followed up by a strong hunting law for Hermann Goering in 1934. In 1935, Hitler also signed the Reich Nature Protection Act, the high water mark for Nazi environmentalism. Here is seen the birth of environmental permits, environmental impact statements and environmental totalitarianism.

I could go on and on about the movements started by the National Socialist Party and how they were promoted as an attempt to make the country “green”. True historians are now reporting that a government that gives legal protection to dogs, rats, wolves and cattle while systematically rounding up millions of human beings for slaughter is not compassionate about anything but power.

If you have not been paying attention, I will point out that the exact same approach is taking place in your state right now. Try to find an elephant in a zoo. We allowed legislation to be introduced in 2021 that would prohibit the exhibition of any type of animals, not just elephants. Ask western ranchers what protected wolves are doing to their livestock and dogs. The United States is well on it’s way down the same path the Nazis took.

The only true green approach to the future of planet health lies in humans with property rights driving the decision-making process, determining what is best for the land and their family. No easement spew or Heritage Area designation is going to continue the environmental progress that has been made by the men that own and respect the land. We can implement all of the endangered species laws we want to, just like Hitler did, but the Bald Eagle thrives today because of landowners that provide habitat not government bureaucrats.

In the next month I will be a part of meetings hosted by the American Stewards of Liberty that are designed to empower folks to keep the Nazi’s out of our communities. I hope to see you somewhere along that truly green trail.

(Trent Loos is a 6th generation U.S. man from the land. For the past 20 years Trent has been attempting to bring a dose of reality to where and how food is produced in the Unites States. He ranches in Central Nebraska with his wife and daughters but has also taken his passion to the media world explaining the challenges consumers face if farmers are not successful. His work can be viewed at LoosTales.BlogSpot.com or reach him at TrentLoos@gmail.com)

I am a far-right, eco-friendly, farm-loving person. Is equating the preservation of endangered species the same as the prequel to Nazism in Germany pre-WW2? Reframing my question: Does preserving endangered species mean we are headed to a Nazi government system in the United States, solely because the endangered species were protected by Nazis?

The logic I am using is that even though Nazis horrifically killed millions of people, their environmental policies just might have been TOTALLY UNRELATED. Nazis must have passed plenty of laws that had no bearing on the mass genocides they were committing. Just like now, there are plenty of good laws on the books, as we allow people to murder their own children via abortion. Should we look at all the laws as prequels to the genocide of abortion, or are some laws just good laws.

I see what you are trying to do, and I appreciate it, insomuch as it brings up a very good organization called RepublicEn, which stands for Republicans for the environment. Roundup is allegedly linked to cancer, as I remind my daughter who uses it. We have a wolf lover in the family as well, who has spent years trying to defend wolves. I have lots of endangered species on my farm, and I protect them. We don't have to tear it all to heck with plows and pesticides. Zoos ARE for the most part, sad. Fracking causes radioactive waste, which states send to Kentucky, where I live, to have it concentrated at a plant in the city of Liberty. THEN, they transport it in regular canisters that rust, and have dumped at least 40,000 pounds of toxic, radioactive waste into our city's landfills that are designed to last for 30 years (clay liners just like a pond). Our clay-lined pond lost all water last year. So, all that radioactive waste, with a half-life of 5000 years is going to DRAIN into our water supply in about 30 plus years. If you don't believe me, google "Estill County Kentucky landfill radioactive fracking waste Advanced Disposal Systems."

I worry about birth defects and cancer in future grandchildren, due to GMO food, Round Up, chemtrails, and fracking. Oklahoma farmers KNOW fracking causes earthquakes. Fracking is not used for gas...it's used to make pellets for PLASTICS.

Yes. I am a Republican, with HOPE that we can achieve a middle ground, and still feed the people of the world, without polluting every creek, river, spring, and stream. Feel no compulsion to print this. I just want you to know that I care enough to respond. On a lighter note, they airdropped rattlesnakes from helicopters in the KY Appalachian Mountains, to restore to ecological balance...but that was a few years back. Our pioneer forefathers would be scratching their heads at that.

I am glad you are in the fight for a free Republic. I hope being a Republican does not mean that there are no environmental regulations, because good farmers don't need them, but bad farmers do. Keep writing for the cause.

this need to be spread far and wide. I will be sharing to my small group of friend.

Loos Tales July 29, 2021 Tell NPPC and ABF to stop wasting money on Prop 12 legal battles. It is time for Californians to starve.

This week the appeal was submitted to a lower court decision in April filed by National Pork Producers & American Farm Bureau against ...