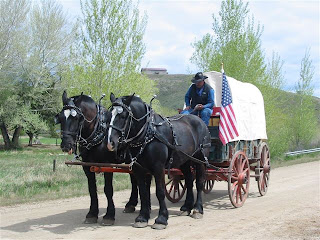 Written for Feedstuffs May 1 edition out next week.

It appears as though many non-agricultural parties are attempting to paint the livestock owners of our nation as a bunch on callus, non-compassionate, axe-murdering Neanderthals. Nothing could be further from the truth. I had big plans for Josh, one of my Percheron draft horses. I have committed to taking him and his lifelong teammate, Jim, to all fifty states pulling the Loos Tales Foodlink Chuckwagon. The purpose is to feature a veteran of our nation and bring a greater awareness to the two groups of people most important for the national security of our country, the American Soldier and the American Farmer/Rancher. In the past twelve months, we have successfully made it to 10 states and had many more scheduled in the upcoming weeks.

I have only had Jim and Josh for about a year but they quickly became favorites with everyone in our family. Jim a very good horse and he seems to have bonded with my wife the most. He likes to try me once in a while but Josh would always being there, telling him, “Nope. We have work to do. Quit screwing around.” Josh weighs about 2000 lbs so what he decides is pretty much what is going to happen. In fact, I have had several horses that I have taken off of the ranch and I learned that even the best ranch horse, when faced with the marvels of the big city, can be a little unnerved. Josh, on the other hand, was right on. The same trusty, reliable teamster no matter where or what the conditions were.

In the past year we have had situations where he would have to be on the trailer for hours to reach our destination just in time to get off, harness up and pull that wagon right through town like he was out in the field raking hay. His calm demeanor was most evident in his last public outing, down State Street in Chicago for the Thanksgiving Day Parade, as 700,000 people stood alongside the parade route, waved, cheered and thanked us. He proudly pulled that wagon, carrying me and Korean War veteran Tony Gallagher and his wife, right past the TV cameras for his brief national television debut, without a flinch.

All of that leads me to what was a very sad event for my entire family. On April 30, 2009, we lost Josh. He contracted a severe bacterial infection and we had been treating him under veterinary guidance. Josh and I had just made our second trip in three days to the vet clinic where he took one step off of the trailer and collapsed. Dr. Randy Grant was right on the scene and quickly administered four different substances in an attempt to save him. After ten minutes, Dr. Grant looked at me and said that if Josh doesn’t show some improvement within twenty minutes, it would be best to put him out of his misery. That is certainly not what I wanted to hear and furthermore I didn’t really want to be the one to make the decision to end his life. I kept thinking, “but what if?”

Well, I didn’t have to make that tough decision because Josh did not make it another five minutes. Honestly, there was no decision to make as it would have been the only option for his sake but that doesn’t make it any easier. The greatest bit of irony is that as Dr. Grant pulled out his stethoscope and confirmed his death at 12:35 pm, the local radio station was playing my Loos Tales radio show for the day and I was talking about the importance of re-opening horse harvesting plants in the country. Josh is a horse, not a member of my family, but he certainly holds a special place in the hearts of every member of my family. Living in a house full of girls you can only imagine that there were a lot of tears shed last night. Josh will never be replaced, and truth be told, he was the one who taught me to drive a team pulling a wagon, not the other way around as it may have appeared to parade watchers.

The one thing about life in this country today that causes me to shudder to the core is the fact that so many people who have never “been there and done that” are making decisions for others who have. It brings me back to a basic premise that I have in life: Every thing lives, everything dies and death with a purpose gives full meaning to life.

No, I am not clear why Josh had to leave us at the young age of 13 but we fully understand the importance of every life and respect that life while it is in our care. My vet said the best diagnosis he could give was a combination of health issues that were out of our control and mostly a case of really bad luck. Bad luck or not, animals do die and we must understand that. If we can make a decision to assist them in a proper death, we should do that. If we can make a decision that assists in that death and improves some other life, we should do that as well.

I decided that the best option for Josh, as a horse that was no longer living, was to be picked up by the local rendering company. I talked to the person in charge and found out that Josh would be used to assist other living animals. You know, I had much different plans for Josh for the rest of this year but some things, many things in nature actually, are out of my control. His body is gone but his presence will forever be felt in my heart and as Josh heads to greener pastures, we say “Giddy up” for one final time.
at May 01, 2009 No comments: 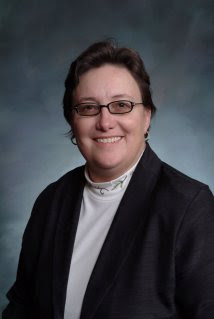 Audio feature with Sue Wallis with latest on the legal horse harvesting situation in United States. Click here to listen to Horse Tales
at April 30, 2009 No comments: