For immediate release: Eat a ribeye and improve planet health

Cattle are the solution, not the problem

Attacking the cow as the primary contributor to climate change is just another way to divert attention from the real problem. Ruminant grazing animals actually improve planet health by consuming cellulose material which improves the plant's absorption of greenhouse gases (GHGs) and reduces fuel for wild fires.

The number of wild fires in the western half of the United States has been trending upward significantly since 2000, paralleling the reduction of grazing animals in that area. Uncle Sam, the nation's largest land owner with 33% of the total land mass is only grazing animals at 20% of the capacity, creating the perfect scenario for more extreme fires.

Scientific estimates suggest that wild fires account for 6% of the GHGs produced in the U.S.  Scientists have long labored to quantitatively assess the effect of wildfire soot particles on climate change, with wildfires responsible for 34% of the global soot mass in the atmosphere.

Klaus Butterbach-Bahl, of the Karlsruhe Institute of Technology in Germany, found that grassland produced more nitrous oxide during the spring thaw when sheep or cattle have not been grazing. This is because greenhouse gas is released by microbes in the soil. When the grass is long snow settles to keep the microbes warm and provide water. When the grass is cut short by animals, the ground freezes and the microbes die.

Dr. Frank Mitloehner is the global expert on greenhouse gas emissions. He tells us that in the United States, 6% of all GHGs are emitted from agriculture. Of that, 3.4% are from livestock agriculture while it is believed that roughly 1.4% is from beef production. Mitloehner has made the case that if Meatless Monday were to be mandated for all 314 million Americans, the reduction of GHGs would be only 0.2%.

The Max Planck Institute for Chemistry and the Ruprecht-Karls University of Heidelberg discovered that methane is produced by growing plants and the greenhouse effect of methane is 25 times greater than that of carbon dioxide.

Rice production accounts for around 20% of human-related methane emissions and food waste contributes one-third of all GHGs in the nation.

Within the United States, the building sector accounts for approximately 48% of annual GHG emissions, with 36% of the direct energy related GHG emissions and an additional 8-12% of total GHG emissions related to the production of materials used in building construction.

So in conclusion while cows do indeed produce a moderate level of GHGs, let's not forget that ALL living things do. If you are not producing GHGs you are not living and for all of us to live better, we need proper management of all our resources and not a target on cattle as the sole source of the problem when they indeed may be the solution.

Trent Loos is a 6th generation rancher that travels the country to promote the people in agriculture through his public speaking and radio programs. He writes columns for several publications and his work may be found at www.LoosTales.com.

Reports show that these gases emitted annually into the atmosphere from the manufacture of solar panels is equivalent to over 70 million tonnes of CO2 in terms of greenhouse effect. -
See more at: http://notrickszone.com/2014/03/25/analysis-shows-solar-modules-cause-more-greenhouse-gas-emissions-than-modern-coal-power-plants/#sthash.UfGpjz1D.dpuf
at July 25, 2014 No comments: 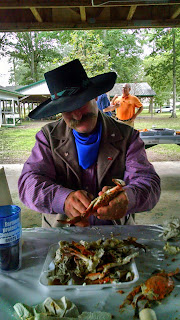 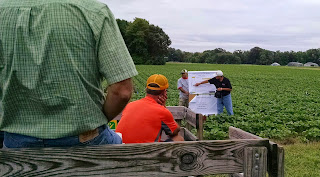 Wait a minute 5 minutes ago i was looking at The Bay? 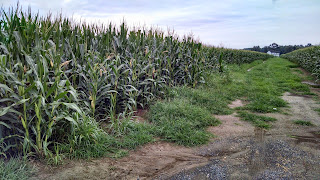 This is certainly not Nebraska. Hello Eastern Shore of Maryland and Grain Commodity Classic 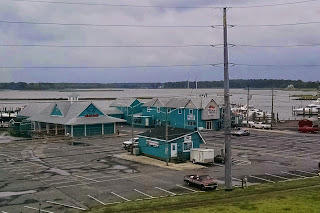 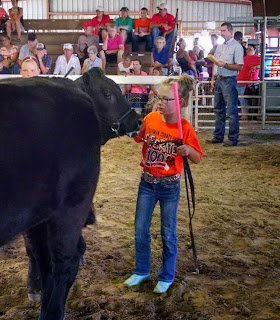