Nebraska Ernie Chambers is ignoring the unemployment, poverty and crime in his district and meddling where he does not belong 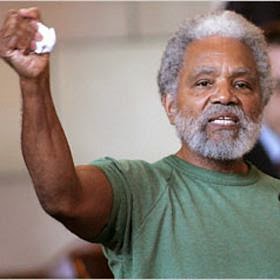 Ernie Chambers Nebraska State Senator from the North Omaha district, continues to have as his priority pushing through a bill that would ban Mountain Lion hunting in the state of Nebraska. For the record, the current hunting limit for the whole state is 2 lions each year.

Despite Governor Heineman's veto and the State Senate saying no we don't want to attempt to override the veto, Ernie Chambers is now spending all of his time trying to circumvent the system.

Here is my question for Ernie Chambers. Why with these statistics in his represented district does he continue to work on a bill that only affects people hundreds of mile from his district?

The unemployment in north Omaha is estimated at 25 percent, in stark contrast to a 4% figure for the state.

Murder rates in the United States continue to plunge to historic lows -- even the blood-soaked streets of Chicago recorded a 16 percent drop in homicides last year, with the city recording its fewest killings since 1965.

Yet the city with the highest incidence of black murder victims might raise some eyebrows: the seemingly peaceful, farming state of Nebraska's largest city, Omaha, a city of 420,000, located along the banks of the Missouri River.

The Violence Policy Center (VPC), a Washington, D.C.-based research and advocacy group that promotes gun control, determined that in 2011 (the latest year in which comprehensive national data s available), 30 blacks (including 27 in Omaha) were murdered that year in Nebraska -- meaning, the state had a black homicide rate of 34.4 per 100,000 people, double the national average of black victimization. (On VPC's top ranked states by black homicide victimization rates, Nebraska is closely followed by Missouri, 33.4 per 100,000 people, Michigan, 31.5; Pennsylvania, 29.0; and Oklahoma, 25.5.)

Naturally he does not make available an email address that people may contact him with but please do log onto his FaceBook page and tell him to do his job for his district and let the Nebraska Fish and Wildlife do there job for Nebraska.

My favorite campus to visit tonight its happening. Don't ask where I speak no clue but this parking lot not designed for pickups pulling trailers. 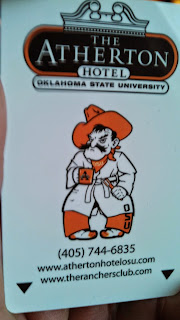 That article in turn was based on information relayed by the American consul in Norway to the U.S. State Department in October 1922 and published in the Monthly Weather Review:
The Arctic seems to be warming up. Reports from fisherman, seal hunters, and explorers who sail the seas about Spitzbergen and the eastern Arctic, all point to a radical change in climatic conditions, and hitherto underheard-of high temperatures in that part of the earth's surface.

In August, 1922, the Norwegian Department of Commerce sent an expedition to Spitzbergen and Bear Island under the leadership of Dr. Adolf Hoel, lecturer on geology at the University of Christiania. Its purpose was to survey and chart the lands adjacent to the Norwegian mines on those islands, take soundings of the adjacent waters, and make other oceanographic investigations.

Ice conditions were exceptional. In fact, so little ice has never before been noted. The expedition all but established a record, sailing as n ice-free water. This is the farthest north ever reached with modern oceanographic apparatus.

The character of the waters of the great polar basic has heretofore been practically unknown. Dr. Hoel reports that he made a section of the Gulf Stream at 81° north latitude and took soundings to a depth of 3,100 meters. These show the Gulf Stream very warm, and it could be traced as a surface current till beyond the 81st parallel. The warmth of the waters makes it probable that the favorable ice conditions will continue for some time.
In connection with Dr. Hoel's report, it is of interest to note the unusually warm summer in Arctic Norway and the observations of Capt. Martin Ingebrigsten, who has sailed the eastern Arctic for 54 years past. He says that he first noted warmer conditions in 1918, that since that time it has steadily gotten warmer, and that to-day the Arctic of that region is not recognizable as the same region of 1868 to 1917.  Many old landmarks are so changed as to be unrecognizable. Where formerly great masses of ice were found, there are now often moraines, accumulations of earth and stones. At many points where glaciers formerly extended far into the sea they have entirely disappeared.

1776 The Pointe-à-Pitre hurricane was at one point the deadliest Atlantic hurricane on record. At least 6,000 fatalities occurred on Guadeloupe, which was a higher death toll than any known hurricane before it. It also struck Louisiana, but there was no warning nor knowledge of the deaths on Guadeloupe when it did. It also affected Antigua and Martinique early in its duration.

1780 – The Great Hurricane of 1780, also known as Hurricane San Calixto is considered the deadliest Atlantic tropical cyclone of all time. About 22,000 people died when the storm swept over Martinique, St. Eustatius and Barbados between October 10 and October 16. Thousands of deaths also occurred offshore. Reports of this hurricane took weeks to reach US newspapers of the era.

Galveston Hurricane of 1900. Winds estimated at 140 mph swept over the island, leaving devastation in their wake. After the storm surge of 15.7 feet subsided, Galvestonians left their shelters to find 6,000 of the city's 37,000 residents dead and more than 3,600 buildings totally destroyed.

Blizzard of 1888 More than 400 people in the Northeast died during the Great Blizzard, the worst death toll in United States history for a winter storm. On March 11 and March 12 in 1888, this devastating nor'easter dumped 40 to 50 inches (100 to 127 cm) of snow in Connecticut, Massachusetts, New Jersey and New York. Huge snowdrifts buried houses and trains, and 200 ships sank in waves whipped up by fierce winds.

Blizzard of 1899 From Georgia to Maine, a punishing storm shut down the Eastern Seaboard beginning Feb. 11, 1899. The wintry weather brought record-low temperatures, some of which still stand today, as well as record snowfall. The snow showers started in Florida and moved north, dropping 20 inches (50 centimeters) in Washington, D.C., in a single day and a record 34 inches (86 cm) in New Jersey.

A blizzard with hurricane-force winds, this devastating storm is the deadliest natural disaster to ever hit the Great Lakes region. More than 250 people died when the winter whopper, called a November gale, struck the Great Lakes on Nov. 7, 1913. Waves on the lakes reached 35 feet high (10 meters) and the storm's sustained wind speed reached 60 mph (96 km/h) for more than half a day.

Tornado of 1925 Most severe tornado in history the infamous "Tri-State Tornado" of 1925 takes the top spot by a wide margin. First, the death toll was double that of the next deadliest U.S. tornado (Natchez, Miss. in 1840).

Of the 695 total fatalities, 234 of those were in the town of Murphysboro, Ill., the single greatest tornado death toll in any U.S. city.

Then, there's the incredible path. Due to data quality issues in the 1920s, it hardly seems possible a tornado could churn over a 219-mile long path. However, research studies have not been able to conclusively find a break in the tornado's path. A 2008 reanalysis project by a team lead by Dr. Charles Doswell has suggested the tornado's path length could be 15 miles longer, touching down earlier in southern Missouri.

Georgia/Mississippi tornado 1936 As if the "Dust Bowl" and "Great Depression" weren't enough to worry about, a two-day Southern tornado outbreak culminated in a destructive tornado event in Gainesville, northeast of Atlanta on Apr. 6, 1936. 419 dead and 2000 injured.