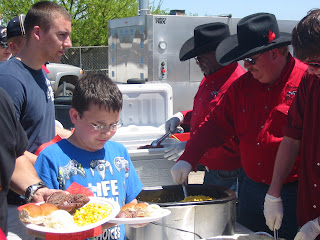 Written for Feedstuffs Newspaper May 16th 2009

I have finally found a place where I have a hard time coming up with words. I have been seeking every opportunity I can find to say thank you to all men and women who have been willing serve in the United States Military. With Memorial Day fast approaching, it is time we pause for moment in our otherwise hectic lives and remind ourselves how lucky we are, thanks to the American Soldier. Dating clear back to May 30, 1868 we began honoring the fallen soldier and saying thank you. While most of us in the business of animal agriculture think of it as great grilling weekend, it is our obligation to pause for a moment in remembrance of the millions of soldiers who died protecting our freedom.

Last week I had Captain Bret Bellizio on my Rural Route Radio program. He contacted me because, in his words, “the major media sources always talk about what is happening in Baghdad but rural Iraq has tremendous story to tell” For one hour he spoke of the one year he served in rural Iraq and how they are working hard to bring back the agricultural heritage that was once there. Honestly, as he walks through his daily routine and the number of times he puts himself in harms way, I simply find it hard to feel like I have contributed much of anything to the betterment of the world in comparison.

In April 2008 a great friend of mine, Vietnam Veteran Bill Broadie from Ashland, Kansas, began the All American Beef Battalion. Bill has it in his head that he will be able to feed every soldier a beef steak. In the first year, he has successfully fed nearly 12,000 American Soldiers a steak saying thank you. I have been fortunate enough to be a part of some of these events. My first one was in Watkins, CO on July 3, 2008 for a group of soldiers just returning from Iraq, and their families as well. Imagine if you will, fifteen cowboys - real ranchers - show up with their grill and the tools and equipment to feed over 200 people in less than 20 minutes.

The most recent event I attended was just over a week ago in Wichita KS. The soldiers here were from the Fort Riley Wounded Warrior Transition Unit and some real revelations hit me while we were eating. I was eating and just listening to the soldiers talk about life after war. In fact, these three were discussing how they cope and they all agreed that it took years after returning home before they would not grab a weapon during a thunderstorm. In fact, one said it was so bad that during last years Independence Day celebration, he had to go the basement to isolate himself from the noise. How does that hit you? The very celebration that we shoot off fireworks to honor the soldiers who were on the front lines protecting our continuing freedom and it forces them into hiding. I don’t think the average citizen can even imagine what they have gone through or must deal with upon their return.

I am so humbled every time I interact with a soldier and I don’t feel like I find the right words to express my appreciation. I still strongly encourage you to wear a red shirt every Friday say “thank you” to the soldiers you know or meet. I still plan to get into all 50 states with Chuckwagon and feature a veteran just to say thank you. I still plan to show up at as many All American Beef Battalion steak feeds as I possibly can. I certainly plan to spend the appropriate amount of time this Memorial Day thinking of the soldiers. All of that still doesn’t seem to be enough.

The American Soldier and the American Farmer/Rancher are absolutely the two individuals most important to the national security of this country. I honestly believe that if we will continue to stand side by side with one another we can continue to maintain a safe, free nation. For 233 years individuals have been willing to risk everything for the sake of ensuring the freedom of American citizens and from where I sit I know folks from Rural American will continue to say “pick me.” Thank you!
at May 15, 2009 No comments: 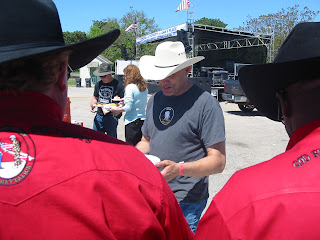 The All American Beef Battalion closing in on feeding 12,000 American Soldiers a beef steak in appreciation for serving our country. I was in Wichita with them last Friday, Red Shirt Friday and on Loos Tales we recognize the man with the vision Vietnam Veteran from Ashland KS Bill Broadie. Click here to listen to Gabriel Lippincott and I discuss his efforts.
at May 14, 2009 No comments:

Four year olds like Landri love bacon and guess what now Bacon is a health food. From Bon Appetit Magazine

Bacon
Ever see that old Woody Allen movie Sleeper? The one where he goes to sleep in 1973 and wakes up 200 years later, only to discover that decadent foods (fudge, cream pies) turned out to be healthful? Well, here comes Jennifer McLagan, author of a book simply called Fat, telling us that 45 percent of the fat in bacon is monounsaturated, the good-for-you fat that can help lower bad cholesterol levels. Better still, bacon's monounsaturated fat turns out to be oleic acid, the same fat found in olive oil. So that means that some could argue that bacon is about half as good for you as olive oil and about 100 times more delicious. Of course, moderation is key here, and you should seek out artisanal varieties without preservatives. One of the best things about bacon is that a little goes a long way. Not convinced? Fry up just one slice along with the aromatics for a pot of soup, or chop it up and use it as a garnish for fish or sauteed greens. For more ideas, check out our Everything's Better with Bacon slideshow.
at May 13, 2009 No comments: 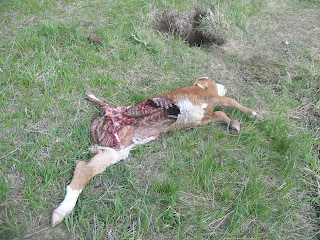 Riding my pastures last night I found this dead calf. Do you suppose as the coyote was eating it worried about if the 13 day old calf felt any pain? Do you suppose it felt any guilt in the murder of a baby? NO the coyote is suppose to find food and survive. Humans are no different although we have the obligation to prevent pain and suffering and harvest our essentials of life with respect and understanding ....unlike our non-human counterparts. Respect and understanding is the key.
at May 12, 2009 No comments: 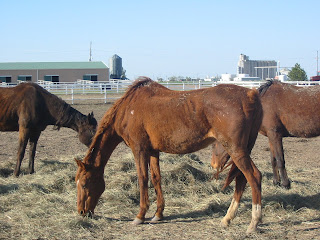 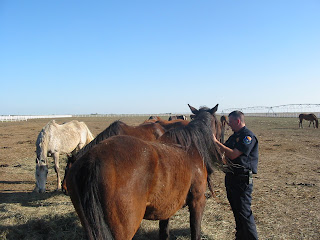 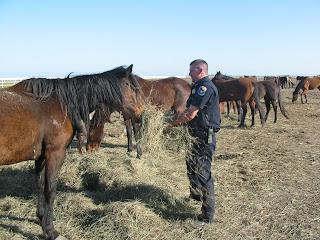 Haskell County Kansas Sheriff Troy Briggs never imaged when elected part of his job would include feeding horses but it does after they seized 30 horses in alledged neglect case. Listen to special audio feature about how the locals have stepped up the plate and came the horses rescue. Click here
at May 11, 2009 No comments: 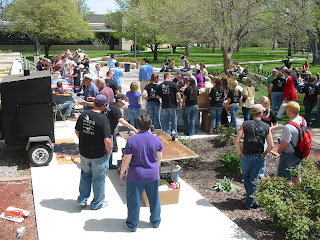 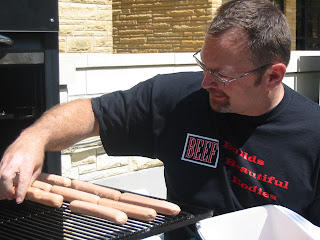 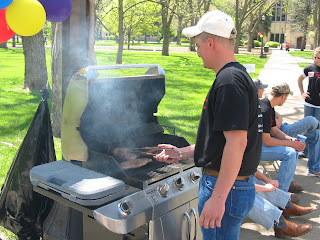 A great day for animal agriculture was had in Hays, KS on May 7, 2009 called BEEF Builds Beautiful Bodies Fort Hays State University.
at May 10, 2009 No comments: