I very respectively have to disagree with your support of the Humane Society of the United States. Understandably, the name – Humane Society of the United States – sounds like a respectable organization but in fact, they are a misleading group and animal rights activists that just happen to dress well and try to avoid dressing in suits of lettuce like their ideological friends at PETA. In fact though, both groups have similar agendas – the abolition of American livestock production agriculture.

I have a Ph.D and teach in the agriculture department at Missouri State University. I am compassionate person, I adopt pets from the local humane societies and rescue places…both of which are desperate for funding to take care of an ever increasing amount of unwanted cats and dogs..and now horses. A few years ago, HSUS along with some other animal rights groups, joined forces to end horse slaughter here in the United States. “Americans don’t eat horses” seemed like a good enough reason to them to end the rights of horse owners to send their horses slaughter. (as a conservative – isn’t this an issue with property rights as all livestock are considered “property”). Now, as the horse rescue farms are jammed to the gills with unwanted horses, as horses in the words of Missouri House Rep. Blunt – “are being turned in the national forests” we have a glutton of horses that are being starved to death or being forced to suffer as there is simply no place to take the horses. In many cases, a person is charged a fee when they take a horse to a sale barn..before they might earn a few hundred dollars. What is most shocking about this new development is the cruelty to horses HSUS has generated. Instead of horses being slaughtered under the watchful eye of the United States government, they are now being shipped to slaughter in Mexico…a third world country with no rules and regulations as to the humane slaughter of animals. Not to mention, now that the importation of horses from the US has increased over 100%, their facilities are simply overrun. How can this be humane..in fact, I feel HSUS should be held accountable for this horrible act of cruelty.

HSUS is the most well funded animal rights group in the world with over $200 million in the bank…they spent less than 2% of this in the local animal shelters. Where was HSUS during the famous ice storms that hit the Midwest a few years ago….they refused to help because the cattle were just going to die anyways…so, I guess being frozen to death with no food is a much better death to them than a captive bolt to the head in a USDA inspected facility?

What about the little hurricane that hit east Texas last year…Ike…HSUS again, ignored the request for help from the Texas Cattlemen’s Association and refused to help even though there were at least 30,000 cows, horses and other livestock roaming through saltwater infected pastures with no fresh water in sight.

Please Mr. Limbaugh, farmers and ranchers are some of your biggest supporters…don’t let us down here by supporting the strongest animal rights group in the world….we need all the help we can get. We care about providing a safe food for America and the world and most of us do care deeply about our livestock…support your farmers and ranchers…not the HSUS…

Mr. Limbaugh as a life long fan of you and your ideals I wish to inform you that I believe you have been mislead into believing the Humane Society of the United States is worthy organization.

They have two missions to abolish animal agriculture and end hunting in the United States. In fact Wayne Pacelle has opened admitted they want to be the "NRA" of animal rights.

They have supported initiatives in several states in the United States that takes the American food system down the same path as the EU.

The average cost of food per person in the EU has increased by 33% per person since 1996. During the same period of time the percent of imported food into the EU has doubled, from 20% to 40% in the past 13 years. HSUS continually rejects the science and technology that has enabled the United States consumer to enjoy the safest, highest quality and most affordable supply of food globally.

HSUS has very cleverly disguised themselves and as animal protection organization simply to improve the quality of life for animals. Yet in their own cafeteria in MD they do not allow any animal products to be served. Actions Mr. Limbaugh speak louder than words as you have personally said so many times in recent years.

Finally I am 42 years old a 6th generation United States farmer that has personally provided the daily care and well being of more than one million animals. I do not need some person representing an animal rights organization to tell me what is best for the life of an animal.

As a recent Cornell University study indicated we emit 60% less carbon per unit of food produced than we did in 1945, that sir can not be accomplished by allowing HSUS to throw their $125 million annual budget around attempting to remove food choices for American consumers.

The American Farmer/Rancher has a great story to tell the American public and I believe this is an opportunity for you to assist in getting that job done. I would love to join you any day any time on your radio program to begin that process. 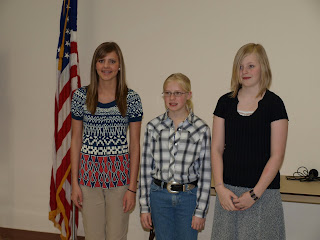 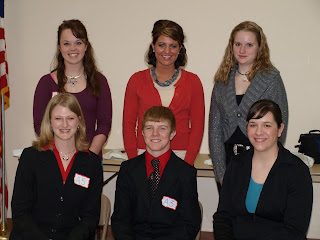 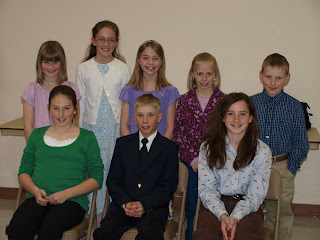