The American public has the highest quality of life in the world. A major reason for this is due to the “Green Revolution” that began in the 1950s which involved the development of crop rotation, the mass production and use of petroleum-based fertilizers and chemical pesticides, expanded irrigation, and the introduction of genetically superior, disease-resistant cultivars (cultivated crops). The Green Revolution reshaped the U.S. into a dense urban society. At present it is estimated that a mere 2% of the U.S. population feeds the nation and the average age of that 2% is over 55. As a result, the average American does not experience hunger and spends less than 9% of their total disposable income on food. Many American consumers have become complacent and take it for granted that food will always be plentiful at a low cost. The question becomes: Is U.S. agriculture capable of meeting future needs?

The United Nation’s Food and Agriculture Organization recently stated that in just 40 years global food production must double. This doubling of food production is necessary in order to head off mass global hunger and feed the projected global population of nine billion by 2050. There is a general consensus that agriculture has the capability to meet the food needs of 8–10 billion people but there is little consensus on how this can be achieved by sustainable means. Sustainability implies that high yields can be maintained through agricultural practices that have acceptable environmental impacts.

Hindering our ability to feed the world in 2050 and beyond are the efforts of well-intended, public-funded special interest and radical environmental groups as they continue to push for unrealistic legislation that hinders agriculture’s ability to produce food and fiber in a supposedly environmentally friendly and sustainable manner. Much of this unrealistic legislation has been successful primarily because many of our county, state and national politicians are far removed from agriculture, as is the population base they represent. The tsunami that agriculture is facing threatens our ability to feed the world and meet those projected 2050 needs.
About half of the world’s land surface is suitable only for rangeland and not for growing food crops. More than two-thirds of land used for grazing in the United States is not suitable for raising crops. Rangelands do produce significant quantities of grasses, shrubs and forbs that only livestock can utilize. Livestock contributes 40% of the global value of agricultural production and supports the livelihoods and food security of almost 1 billion people. Globally, livestock contributes 15% of total food energy and 25% of dietary protein. Well-managed grazing of rangelands, grasslands, and pastures is the most sustainable form of agriculture known.

Nevada, the driest and one of the least populated states in the nation, supports a livestock industry that is very dependent on the state’s 87 % public-owned land. In addition to livestock grazing, other multiple uses include recreation, mining and wildlife. Additionally, it looks like Nevada rangelands may become key to meeting the nation’s energy needs through wind and solar energy generation. All of these tangible and intangible goods and services are important to the economic and social well being of the residents of Nevada.

How can agriculture feed the growing food supply needs? How much longer can society disregard the fundamental importance of our agriculture industry? When will it change? It is the opinion of the authors that this situation may only change after hunger pains are experienced by the general public similar to what occurred during the Great Depression of the 1930s. As long as the bulk of our population has access to a cheap, reliable and quality food source, and financially support radical anti-agriculture interests, we will continue to see erosion of our agriculture base and our ability to feed the world.

Agriculturists have one more job to do that has not been necessary in the past. Because of the general public’s huge disconnect to the land and agriculture, it is up to each and every agriculturist to educate the public (and themselves) about environmentally sound food and fiber production practices. We must reinforce the safety, wholesomeness and importance of our domestically produced food supply. We must defend only the production practices that are environmentally sound and not excuse those practices and producers who do not subscribe to these production methods. We must also listen to our detractors and consider that possibly they are not entirely wrong. We must not assume we are always right, and consider that other people may have something to contribute in reaching long term agricultural sustainability.

As a consumer, before you criticize agriculture, consider your full stomach and comfortable lifestyle. Keep in mind, in large part, production agriculture is to thank for these pleasures of life you have grown accustomed to enjoying. Agriculturists, first check the closet for any skeletons that may be hiding. Don't immediately assume that those who disagree with you are evil, stupid or greedy. And even when they are, that doesn't relieve you of the responsibility for making a constructive and convincing argument. It is our hope that through this article we may open a few eyes and minds as to the past and future of agriculture production in the great nation of the United States of America on this Earth day 2010 as we prepare for Earth Day 2050
at April 19, 2010 No comments: 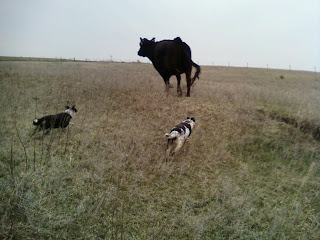 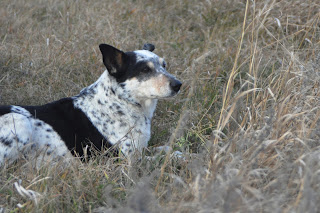