Gary Yourofsky said he sees no point in caring about any human beings so long as animals that are being regularly slaughtered. "When people start eating sliced up Jew flesh, or seared Palestinian children in between two slices of bread with onions, pickles and mustard, then I'll be concerned about the Middle East situation,"

The United States agricultural system has the resources knowledge and desire to meet the ever growing global demand for food. The day has come that people and groups who get in the way should be labeled as anti-human. The constant rejection of proven safe technology is the greatest challenge we face.
Putting this into light is the recent report by Abstract Potsdam Institute
In our globalizing world, the geographical locations of food production and consumption are becomingincreasingly disconnected, which increases reliance on external resources and their trade. We quantiﬁed to what extent water and land constraints limit countries' capacities, at present and by 2050, to produce on their own territory the crop products that they currently import from other countries. Scenarios of increased crop productivity and water use, cropland expansion (excluding areas prioritized for other uses) and population change are accounted for.
We found that currently 16% of the world population use the opportunities of international trade to
cover their demand for agricultural products. Population change may strongly increase the number of people depending on ex situ land and water resources up to about 5.2 billion (51% of world population) in the SRES A2 scenario. International trade will thus have to intensify if population growth is not accompanied by dietary change towards less resource-intensive products, by cropland expansion, or by productivity improvements, mainly in Africa and the Middle East.
Up to 1.3 billion people may be at risk of food insecurity in 2050 in present low-income economies (mainly in Africa), if their economic development does not allow them to afford productivity increases, cropland expansion and/or imports from other countries.
Full report link here http://iopscience.iop.org/1748-9326/8/1/014046/pdf/1748-9326_8_1_014046.pdf
at December 13, 2013 No comments: 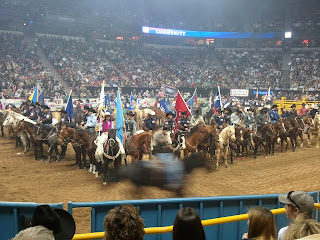 Is there a better way to put the face on today's farmer/rancher? Loos Tales Dec 10, 2013 says maybe not.

Listen by clicking here
Loos Tales Dec 10, 2013 Bump Kraeger Rodeo is Agriculture's sport why don't we capitalize on it more?

Today's Rural Route Radio will be posted later but Troy Hadrick is correct. "The FDA has found a solution now they are trying to find a problem" speaking of their announcement to ban growth promoting antibiotics in food animal agriculture.
at December 12, 2013 No comments:

Tyson overstepping its bounds based on emotion

Every day we complain about emotion instead of science ruling the day well here is Tyson contributing to the problem. Drovers reports":
As consumers grow more concerned with animal welfare issues, Tyson says beef producers will have to follow on-farm requirements for animal treatment next year if they want to work with the major meat processor.

Hey here is the news flash 99% of the consumers have not a thought about animal welfare. More times than not we create the buzz instead of answering it. The American consumer does not think about it because they only care about access, quality, safety and price. Another undercover video comes out and we do our self more damage than the video did.
Nothing here Mr Tyson that hunger would not fix. If you want operate as the EU meat companies have done maybe you should relocate over the pond
Trent Loos
at December 11, 2013 No comments: