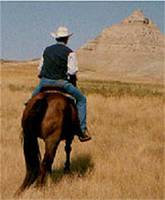 By Jeff Caldwell written for the High Plains Journal

Crop and livestock has long been a staple in the lore of the rural U.S., especially in the Midwest and High Plains.

But, times have changed, and so have the means of crop and livestock producers for getting their job done: Putting food on the plates of millions of Americans. At the same time, many urbanites remain steeped in the action of escaping the city in favor of finding a quieter existence in the countryside. Nothing in a city, however, can prepare urban sprawlers for some of the byproducts of today's food production.

Today's large tractors and field equipment are capable of kicking up a cloud of dust in the field. Today's livestock operations, whether open-air or enclosed, are capable of emitting an odor, and with just the right wind gust, that odor can carry itself directly into the path of your nostrils.
And now, long gone, it seems, are the days of passive acceptance of this dust and odor. In last week's Journal, you read a story about a family hog operation that has been targeted by activist groups because of its size and the alleged negative effects it has on the environment. Regardless to what extent the owners and operators of this farm go to meet and exceed the requirements set forth by law protecting air and groundwater, they still come under fire for the way they operate, even as the food they produce does not come close to meeting the needs of the American consumer.

There's a small sign along I-70, between Manhattan and Topeka, Kan., sponsored by the Kansas Agri-Women and Kansas Farm Bureau, stating that every U.S. farmer produces enough food for 128 consumers. Even in the last decade, the number of those fed by each farmer has climbed. Every time I drive by this sign (this time of year to watch the sometimes frustrating K-State Wildcats football team), I'm reminded of the importance of our industry.

Yet, to many, a disconnect exists today, one that prompts stern speech and action against the very men and women who work each day to produce our nation's food and fiber.

We no longer live in a world where we can subsist without large-scale crop and livestock operations. With fewer producers, skyrocketing urban populations and the corresponding demand for food this continues to create, it is no longer possible for the few remaining farmers and ranchers in this country to provide food for everyone's table by producing at the level of their parents and grandparents. As a result, large operations have become a necessity. The more people who move to areas where subsistence comes from the shelves of a grocery store, the fewer there are producing that subsistence. How else can they make a living themselves without shortening margins and producing on a larger scale in concert with their natural environment?

The next time you see a newspaper ad or hear a radio spot from an environmental group purporting to be in favor of "family farms" and against "corporate farms," think first about the demographic changes that have forced large livestock operations and farms into being. Our society's growth has forced farmers and ranchers to produce more efficiently. In most cases, the primary way to accomplish this efficiency is growth. It's a business decision. Perhaps if more Americans, like a century ago, lived on the farm and raised a handful of hogs and chickens each themselves, we could subsist without large operations. But, as the growing housing subdivisions on the edges of every city across the Midwest and High Plains indicate, farmers and ranchers already have their hands full.

And, the next time you happen to drive by a large feedlot, hog farm or packing plant, don't curse the odor. Instead, thank your lucky stars the men and women who keep those operations open are making it possible for you to have that paunch above your belt.