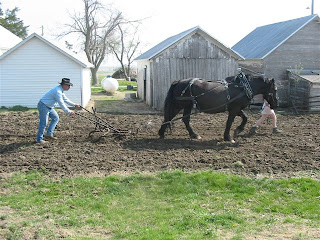 Well it happened yesterday, the Illinois Senate voted to ban horse harvesting in the state, but at the same time, activity in Texas is considered positive. The Texas Senate has passed a bill change offered by Sen. Glenn Hegar that opens the door for the sale of horsemeat for human consumption as long as animals have been "tested by the commission."

Stay tuned for further developments on that..

Frank Bowman is President of Horseman's Council of Illinois and had this to share.

In another somewhat related story: What is the purpose of a county or state fair? Yes, I thought so....educating consumers about food production. Look at this development this week in California. Remember it was California that lead the nation in banning horse harvesting in 1998 and now the removal of livestock from a county fair.

A judge has dismissed a lawsuit by animal rights activists challenging a state grant of $420,000 to a foie gras farm in SullivanCounty. Justice Thomas McNamara concluded Empire State Development Corp. had "a rational basis" to award the grant, without special environmental review, to Hudson Valley Foie Gras to upgrade water treatment facilities and expand.

The court challenge by the Humane Society of the United States and six New York members also lacked standing, McNamara ruled. The plaintiffs had to challenge the expenditure as unlawful and not just money spent unwisely, he wrote. "The factual bases offered to support the claim do not rise to the level of illegal or unconstitutional acts."

I know most of us don't even know what Foie Gras is, but I truly believe it has the potential to impact all of us particularly given today's governmental attitude that they are better qualified to make food choices for us. We should take a really hard look at were that started. It began in NAZI Germany and should stay there. Nothing about that government that placed the life of animal above humans should be duplicated. It appears Chicago is beginning to see that. It is also interesting to note that when a colleague of mine recently spoke to the Illinois lawyer that pushed through the foie gras ban in Chicago and asked for an explanation on why he supported the banning of a food product that the veterinary community has determined not to be raised under cruel conditions, he said with a smile and a shrug that he "did it for the money." Well, there is lies another great problem.... Trent


As the foie gras turns

Mayor Daley, who found the ban nearly as ridiculous as a runway in downtown Chicago, has predicted that aldermen will repeal the outlawed delicacy ban soon. This came on the tails of Ald. Ed Burke of the 14th Ward (remember how he wanted cabbies to have a dress code?) maneuvering aldermen into voting to repeal the ban.

In perhaps one of the better sound bites this year, Ald. Ed Smith of the 28th Ward, who happens to chair the Health Committee where the ban is upheld, not only threatened to resign if the ban was repealed, he said, "My manhood, my integrity is at stake."

Only in Chicago would you find foie gras pitted against an Alderman's manhood. Be sure to tune in next time for the continuing story of "As the Foie Gras Turns."

Prohibiting production of foie gras in the United States would have a minimal impact on agricultural markets, but several delegates expressed concern that efforts to oppose foie gras production were just "baby steps" by groups with much more ambitious goals.

Always together for American agriculture,
Trent Loos
at May 17, 2007 No comments: 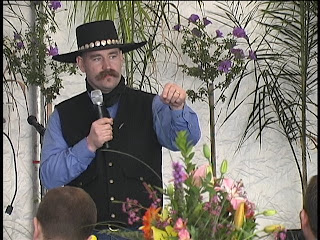 Cocaine, I have never tried it nor I suggest anyone do so. In fact, I will most likely never try Censored either, but at least I have heard of it. What in the world are you talking about Trent?

I must admit the first time I heard the news story about this energy drink that FDA was banning the name of, I wondered why in world anybody would name a drink after a street drug. Now that they have received millions of dollars in free publicity from the government and they renamed it Censored I fully understand. So often we in farm and ranch country are reluctant to do anything that might be viewed as controversial yet we are equally offended for not being recognized.

A perfect example occurred on the last California trip visiting with some dairymen. They told me the local TV station had come to their place to capture footage. The individuals commented while at the farm how impressive and clean the dairy was only to never use the story. Why? Upon calling the station they were told there is nothing controversial about this. My point is most times we can find a silver lining in what some consider bad PR.

Another good example is who would ever have guessed that BSE in the United States would lead to improved consumer confidence and increased beef consumption, but it did. Why? Because we had unprecedented opportunities to tell the story. You may not be ready to seek limelight in any fashion but please don't avoid it. Those who are trying to put you out of business don't run from the camera. 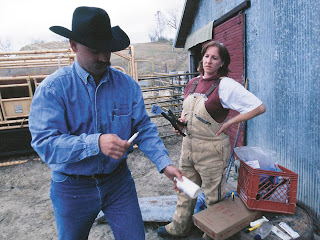 Sorry I am running late today but it is the direct result of being a Rancher's Husband. Yes, this week we are artificially breeding heifers. Oh, my! Using technology to get heifers bred instead of doing it the natural way. Indeed the heifers and the stockmen alike benefit from using bulls that are proven to be calving ease sires. It decreases the incidence of calving difficultly, which can result in death of the calf and/or the heifer. Secondly, the shorter calving window allows for more direct attention during the critical calving season.

The great irony of this particular today is a result of yesterday's dialogue about hands on occupations. So many of you responded about the lack of work ethic in today's young people. I think I may have been there one day myself as a youngster but the funny thing is that today I desire to spend a day getting dirty working cattle unlike I have at any previous time in my life.

I hope to one day find the formula to get our young people to understand earlier in life that our way of living is the best there could ever be, rather than believing that something other than hands on is anything but just an easier way out.


Always together for American agriculture,
Trent Loos
at May 15, 2007 No comments: 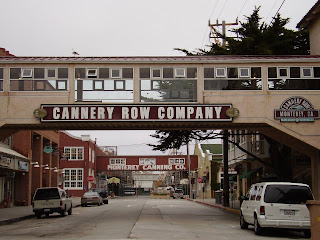 Once again I had a great weekend in California with dairy producers. I always marvel when in California at the number of young families involved agriculture. Yes, as I travel the country and honestly believe more young, child-rearing families are engaged in farming in California than any other state. We have four different articles included today that all stumble around the declining number of farms in the country, but they like so many others, miss the reason. Young people today do not want to work like the last generation did.

California farms grew a generation ago allowing for today's generation to have more of a executive position instead of a labor position. It is so frequently that people that are not involved in farming cry about the lack of small farms, I said small not family. Small farms require a farmer to be the laborer and decision maker, which today's young people are not going to do. Parents in this country do not want their kids to work as hard as they did and this leads to either growth or exiting the scene.

This also hit me really hard. Cannery Row in Monterey kept our nation and our troops fed during two World Wars. Today, hundreds of thousands of tourist eat and shop without truly understanding what is gone. Oh sure, the shops are cool, but what if all food production facilities become tourist traps for what used to be? A direction we are headed by the way.

David Martosko joins me on Loos Trails and Tales discussing testimony on Capitol Hill last week about the future of food production here at home. Click here to listen.

Always together for American agriculture,
Trent Loos
at May 14, 2007 No comments: