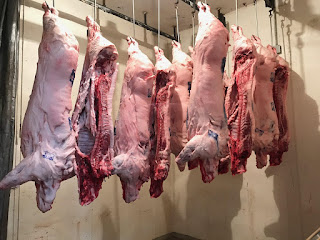 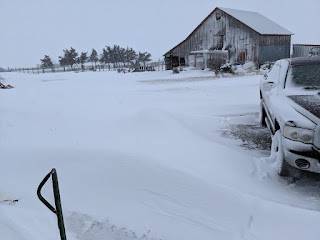 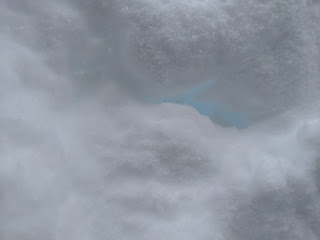 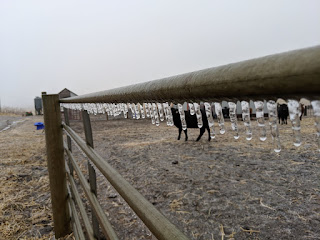 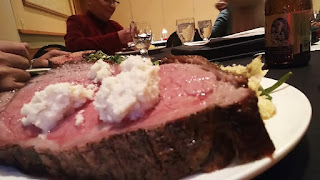 Don’t sleep at the wheel
I feel compelled to follow up on last week’s piece with a few more thoughts on the government-regulated speech we call ”the Checkoff”. I don’t really care that some of you think I am just trying to stir the pot on this one, because in my heart I clearly see the dire situation we are in. Yes, dire! At some point, the political winds in DC will shift and those of us in animal agricultural don’t truly grasp that reality. I have just read the 40 year plan put in place by some of the animal rights groups to not only bring about animal liberation, but grant food animals constitutional “personhood.” Maybe reality is starting to sink in as I suspect you’ve heard some Presidential candidates recently and that should put you in more of a listening mode.
Vegan Presidential candidate Cory Booker, while campaigning last week in Iowa, made the statement that “we need to overhaul the meat industry”
As reported by Politico:
BOOKER’S PLAN TO OVERHAUL THE MEAT INDUSTRY: The New Jersey senator’s new legislation would ban new industrial scale livestock farms known as CAFOs, and require existing ones to close by January 2040.
Before we even address the impact of this, the most troubling part of the story is that there are Iowa farmers who support this. After spending 20 years in the trenches, the greatest challenge we have always faced is division from within. Small farms do not prosper by trying to stymie the growth of larger farms. That is short sided, blatantly stupid and a death wish for all American Farms.
Back to the issue at hand; I do not believe Cory Booker has a chance at getting elected in 2020, but honestly he is simply trying to position himself as the VP candidate for the eventual Democratic nominee. Here is the real story whether we like it or not; his message actually does resonate with a lot of folks and he will not disappear from the political scene. And most importantly, his statements move the bar for future positions on animal rights.
People with Booker’s view of worshipping animals instead of eating them will one day occupy positions in the Oval office, the cabinet and the USDA. If we do not change the current structure of the checkoff programs that are federal collections and recognized as Government Speech, we will all be eating plant based slime.
Let’s go back to the impetus that led me down the path of what I am doing today. In 2000, we were growing concerned about the Hollywood types that were stumping for the end of animal agriculture. We quickly began to understand that folks were listening and if those of us who get our hands dirty didn’t start speaking out, then consumers would listen only to those they hear most often. Sadly the message being most repeated was by folks who wanted to change diet and animal ownership in extreme ways.
Quickly it became apparent that there was a growing problem with getting approval for CAFOs in Iowa. I was part of a group that organized the Faces Of Ag rally at the Iowa State Capital in April of 2002 the day before Robert F. Kennedy, Jr made the following statement at the Surf Ballroom in Clear Lake, IA: “What is happening today on farms in Iowa is a greater threat to democracy than Osama Bin Laden.” What most people don’t know or don’t seem to remember is that his partner in crime at the time was then Governor Tom Vilsack. As Governor, he did more to stymie livestock development than any activist ever could.
After his tenure as Governor, he was selected to be the Secretary of Ag for the USDA. Have you stopped to consider what happened to dietary guidelines and the message about animals contributing to climate change under his watch? It’s not a pretty picture.
Let me share with you the research efforts of a friend of mine who has kept tabs on Vilsack. Sherry Bunting, a journalist from PA, just wrote the following in FarmShine:
The former Ag Secretary, instrumental in removing whole milk from schools, is now the highest-paid executive at Dairy Management Inc. (DMI) whose virtual $1 million/year in 2018 came from dairy farmers who are going bankrupt.
For those of you who read my column thinking of the good ole days of USDA working for you and government speech being a good thing, I ask you to use your brain and stop thinking with your heart. Just because the checkoff money has facilitated your travel to great beef functions around the country, we need to reconfigure our investments in research, development and promotion and if you think the USDA is your friend in getting that done then you are simply asleep at the wheel.
at December 28, 2019 No comments:

Originally written for the High Plains Journal Dec 15, 2019
How is that working for ya?
In the past 20 years I have come to learn that the two most divisive conversations you can have within our community are about Checkoff Programs and mandatory Country of Origin Labeling (mCOOL). Today I am most likely addressing both. I have always been a fan of the Checkoff and this case I am going to speak particularly of the Beef Checkoff, although the discussion is not isolated to beef. You started reading this with a clear opinion that either you agree or disagree. Please drop all preconceived notions and read this as a person who wants to hear what I have to say and then think about it. That is all I ask.
It is after thousands of miles of windshield time and countless discussions with trusted friends in beef production that I have come to the conclusion that the beef checkoff needs to sunset. Yes, I believe the mandatory federal program needs to cease and desist. By now the current 99 members of Cattlemen’s Beef Board, 110 employees of NCBA and countless staff members of State Beef Councils and the Federation of State Beef Council members have just checked out because I hit too close to home. For those who want to see what we risk if we continue with the status quo, please be brave enough to read on.
How about we turn to the man at the helm of Beef Checkoff, Greg Hanes, CEO of the Cattlemen’s Beef Board, for a bit of a history lesson. He wrote this two months ago and does give a great perspective of the history of the beef checkoff.
The Beef Checkoff was created through the Beef Promotion and Research Act of 1985 as part of the Farm Bill. It was initiated as an effort driven by producers who saw an important need for more promotion and research to stave off falling beef demand in the late 1970s / 1980s and was designed to be producer driven at both a local and national level.
To ensure all aspects of this law are followed, the USDA is delegated authority by Congress to oversee the Beef Checkoff Program. As part of its oversight responsibilities, USDA reviews and approves our plans, projects, budgets, contracts, processes and procedures, and keeps a watchful eye over our financials, our board, our communications, and our operations. In fact, the Secretary of Agriculture himself appoints all 99 CBB board members, which includes both domestic producers and importers, a process outside of our purview.
I might also add, just for clarification, that currently the USDA Agricultural Marketing Service oversees 22 research and promotion boards, which consists of large and small producers, importers, and other commodity stakeholders.
Now back at the turn of the century, court challenges to the checkoff were coming. In fact, 3 seperate court challenges were the focus of the nation. Although in the third checkoff decision, the Court determined advertisements promoting beef as a generic commodity were “government speech” and thus not susceptible to First Amendment compelled-subsidy challenges. The Court did, however, hold open the possibility that the beef checkoff program could be unconstitutional if it is shown that the advertisements are attributable to individual producers who disagree with the message.
In a nutshell, it was ruled that “Beef: It's What's For Dinner” was not the speech of a private trade association, but rather a message from the U.S. government. As government speech, checkoff advertising is, therefore, exempt from First Amendment scrutiny.
Now let’s look beyond the Trump administration, because you know as well as I do that eventually we will have someone in The White House that does not see the merit of cattle or beef consumption. If checkoff dollars are, in fact, “Government Speech,” are you comfortable with what might happen? We have already had the USDA declare, during the Obama administration, that Meatless Monday was a good thing.
In fact, I contend that we are already feeling the negative effects. Modern science clearly shows that protein and animal fats are essential in a healthy human diet. Yet we, with BEEF CHECKOFF dollars, can not promote the fat aspect of marbling, because USDA must approve every single message we send out. USDA does not recognize real science but instead continues to disregard the modern research as that very department attempts to set new dietary guidelines.
I have more examples of check-off problems than space will allow me to share. Let me close with a grim fact: the nation's largest sector of agriculture, “beef,” must try to compete with challenging protein sources (non-animal) with a mere $42,560,297.00 annually at the Federal level. It is reported that a single 30 second ad during the 2020 Super Bowl in Miami will cost $5.6 million. While I recognize that is half of the total, but to my point even if we double the promotion dollars in each state, we are not keeping up with the market prices of the day.
My goal with this position is simply to prompt a discussion with cattle owners that we have not had before. Are we content in having such a limited budget to market the world's best beef product? Are we willing to continue to have USDA and big government approve every single message we send to the public. As the checkoff currently stands, there is no way it should continue. I don’t know if you need direction on this or not but maybe we should ask our friends in the dairy business how well that has worked for them, if any of them are still in business!
at December 28, 2019 No comments:

This is only a test. The New Year is bringing about a commitment of better blogging information for the consuming public. 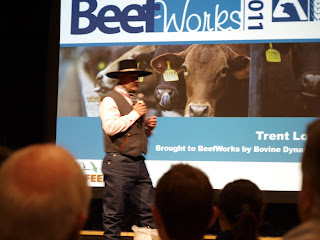