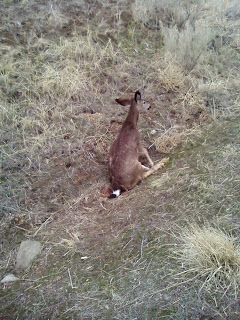 What would you do? This fawn was crippled in the middle the road. If the law says it is illegal to do the right thing, would kill the deer anyway or drive off and never think about it again?
at February 20, 2010 1 comment:

Johnny Weir should not be bullied by animal rights activist for going "Green"at Winter Olympics..

Please log on here an send him your kudo's for wearing rewenable environmently sustaintable fibers...Do it Today
at February 15, 2010 No comments: 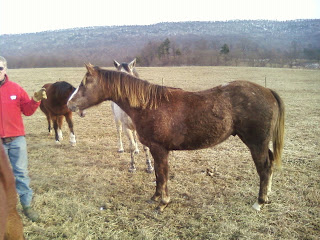 "Harley" a coming two year old gelding at Paul Slayton's farm near Bedford, PA. He is sired by my stud To Hinto all Krogman bred. For record Paul is the one on left...Colt's dam is Blue Roan.
at February 14, 2010 No comments:

Email ThisBlogThis!Share to TwitterShare to FacebookShare to Pinterest
Globull warming

Ms. Ensler and Ms. Behar are airheads who think they're smart. They are -- alas -- typical of believers in anthropogenic global warming, particularly of those in journalism.

Recent events have tested the faith of true believers in AGW. In September 2008, Robert F. Kennedy Jr. wrote an op-ed lamenting that, thanks to global warming, it would snow no more in Washington, D.C. The blizzard of 2010, which dumped record snow on the nation's capital, must have come as a shock.

Europe is experiencing its coldest winter in decades. During its winter (our summer), Australia experienced record cold. 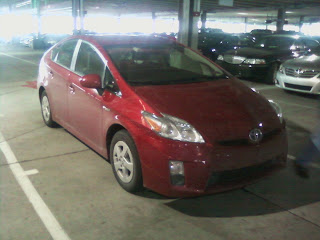 Okay here is a bit of irony for you. On recent trip to PA with Renaissance Nutrition my rental car for the first time ever was a Toyota Prius. I had never driven an electric car before. Yep I was driving the very car the day the massive recall issued for Prius. By was I glad to get back to my pickup....
at February 14, 2010 No comments: