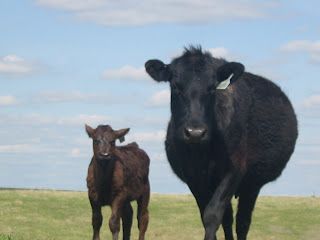 With the Western action on my Facebook page in the past week I feel compelled to share some thoughts with my real friends. I do appreciate all of the calls with your concern about my mental health but trust me I had a plan.

In the past nine years as I have taken on more a of public life dealing with and confronting the challenges I see ahead of us in Animal Agriculture I have met several people like Dave Warwak and Camille Marino. I felt as it began to unfold a little over a week ago it was a tremendous avenue to show you up close and personal how some people see those of us in animal agriculture.

First lesson I hope you picked up is the people like this truly see themselves as the modern day Martin Luther King Jr. for animals. They have convinced themselves that taking the life of an animal is no different than that of another human being. As foreign as this thinking may be to you and I who have grown up in agriculture you must understand they see the ownership of animals no different than the ownership of slave’s pre-civil war.

Consequently when we argue it is matter of person choice they see it as you saying we have slaves if you don’t want them that is your choice. I believe you can see how effective it will be and was. One person who has very public about his belief along these lines is Dr. Stephen Best who until very recently was teaching a course with this as the moral at the University of Texas, El Paso. If you would like to get more details link here
http://netcu.wordpress.com/about/what-is-animal-rights/

Finally you ask what do we do? I believe the only avenue to combat this is to speak to the essentials that animals provide to humans. As Christians we believe the life of a human is superior to all other species. It is our moral and ethical obligation to tend the land and animals and in turn improve other human lives. Which brings about another common denominator that I frequently find with individuals who further the rights of animals, that is the lack of Christianity.

One another note 9 years ago as I started this crusade militant vegans were out there and could be found. I don’t need to tell you what has happened to the number people involved in agriculture in the past 9 years and at the other end of the spectrum the individuals I just introduced you to are MUCH easier to come by.

One side note. Wayne Pacelle President and CEO of the Humane Society of the United Sates does not differ in his belief from that of Dave and Camille. He simply chooses a much different approach in accomplishing the end goal, Animal Liberation.

I hope whether you agree or disagree with the approach I have taken in the past week you will at least respect and have a better grasp on some the extremism that does exist as all of us strive to be better advocates for an way of life that others fail to understand.