ARISE USA The Resurrection Tour. Thank you to those who sent checks and yes we need your assistance too 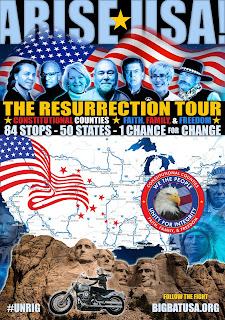 Yes I do need your assistance in pulling off this monumental task for the future of the Representative Republic.
If you can send a check we expect this entire endeavor to cost $2 million. Every $100 check make a huge difference.
Make Check payable to Trent Loos,  and place in memo Arise USA
Send to
Loos Tales
P.O. Box 545
Loup City, NE  68853

ARISE USA The Resurrection Tour is an educational non-profit tour seeking to unite all Americans regardless of race, color, creed, national origin, religion, sex, age or disability. It is a national conversation and civics dialog tour, a modern variation of what was once called a Chautauqua adult education and social movement with assemblies in 84 locations across the United States.

Our objective is to restore civil conversation as the primary foundation for democracy, rooted in an engaged, informed citizenry that exercises individual, county, and state sovereignty in the face of globalist, Luciferian forces that seek to undermine American culture, the American economy, the American family, and American society, particularly rural communities centered on small, family-run farms and businesses.

We are proud to have organized a range of over 90 speakers who will be spread across the 84 stops to combine with local speakers in creating the largest local to national town hall dialog ever. This is being called the tour of the century. While focusing on America First, the tour, seeks to bring together the populist left, the populist right, the Independents and the Libertarians, to unite the 99% against the corrupt institutions that no longer represent We the People. From school boards to county boards of supervisors, the revolution -- the triumph of good over evil -- will be found in Constitutional Counties that commit to faith, family, and freedom.

The Constitutional Sheriffs and Peace Officers Association, led by Sheriff Richard Mack, and the Patriot Streetfighters, led by Scott McKay, will join Robert Steele, Trent Loos, Kevin Jenkins, Leigh Dundas, and others to engage in what could be the longest running (111 days) civics class in modern history. Our ultimate objective is the restoration of integrity to all institutions: local, state, and national.

Literally behind the scenes 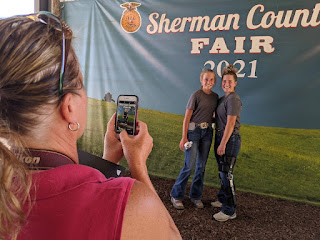