Farmers in many countries, including the United States, have lower overall death rates and cancer rates than the general population. Lower death rates among farmers for heart diseaseand cancers of the lung, esophagus, bladder, and colon, in particular, are thought to be due, at least in part, to lower smoking rates, as well as more physically active lifestyles and dietary factors.

What is the Agricultural Health Study?

The AHS is also providing an opportunity to assess the effects of diet, cooking methods, and other lifestyle and genetic factors on the risks of cancer and other diseases. The results will provide information that can be used to create a safe work environment and a healthy lifestyle for agricultural workers and their families.

Rural Route Radio Dec 1, 2021 JC Cole is back and today we look at the origins of petroleum based fuel and why it wasn't ethanol based.

Far too many times go about their daily lives without asking the question "how did we get here?" That is NEVER the case when JC Co... 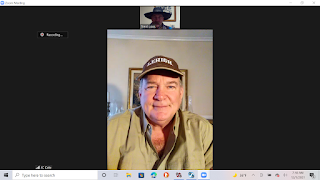