The truth in animal protein production slowly but surely leaking out 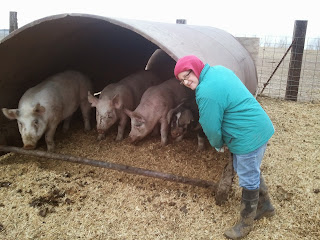 With glimmers of truth about modern livestock agriculture surfaces in the particular NPR blog piece it still ignores the fact that animals when managed properly are beneficial to planet and human health. All in all I will take this as a step in the right direction.

Industrial Meat Bad, Small Farm Good? It's Not So Simple

The paper also reminds us that India is the world's biggest producer of milk and China, the largest producer of pork. Asia accounts for 55 percent of global pork production, dwarfing Europe (26 percent) and the U.S. (17 percent).

So is Frank the answer or local control?

Across the Pond April 20, 2021 Andrew has high hopes for the launch of Frank, Trent thinks it might be a distraction. The answer is still ...