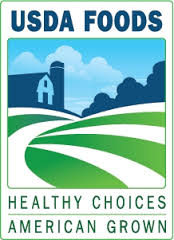 I would like to take just a moment and clarify some rumors that are floating about. I even heard of a USDA employee misinforming people at the very meeting in Great Falls, MT that I am speaking at.

President Trump did not issue an order silencing employees of the USDA and EPA as you may have been told.

This is an example of the headline.

It is standard procedure for the one administration to do this before transition.

What is not standard procedure is for individuals to leave out certain vital information which would leave the public believing the incoming President is trying to place a gag order on employees.