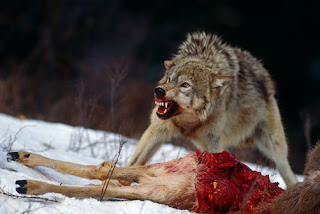 Since 1973 the U.S. Fish and Wildlife claims thousands of animal species listed as endangered 11 have been successfully recovered. UMMM 6 of them don't even exist in the U.S. but hey that is alternative facts (I mean the Red Kangaroo is one example). If I didn't know that farmers used to control these lands in Africa this concept may be more appealing. Oh yes this is the very land where murdering thugs from the African Gov came in murdered and stole from the white farmers to turn in the wildlife tourist trap. I actually know a couple who left in fear of their life.

Researchers are debating whether to privatize endangered species

The earth is currently in the midst of a mass extinction.
Experts suggest that by the middle of the century, as many as two-thirds of the planet’s species could be extinct. The most likely cause of this sobering phenomenon is climate change, which is throwing off the balance of natural ecosystems and forcing animals to migrate or adapt to changing weather conditions.
Despite these facts, Republican leaders in the US have signaled that they intend to roll back the influence of the Endangered Species Act, claiming it is not being used as Congress intended when it passed the law in 1973. An Australian professor has suggested a different approach to the problem: privatizing wildlife.
Link to whole story