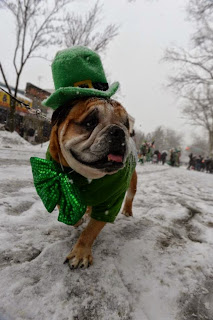 The parade, which de Blasio boycotted last year, agreed for the first time this year to let one openly gay group, NBC's LGBT employee contingent, participate in the march.

De Blasio called the parade's policy change "obviously a pretty narrow concession, and I think we'd like to see something that's more inclusive."

So let me get this straight. The parade is held up for over an hour because the Mayor is late then this is the best he had to say? Okay would all who give a equine fecal matter please now stand and be counted.

What a joke and people actually elected this buffoon?