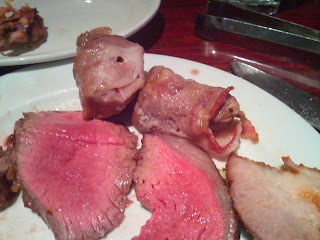 In my home state of Nebraska we have a tremendous tradition of college football that is a source of pride and entertainment. We also have a heritage of beef production; in fact you can once again get license plates that say "The Beef State."  We are the Beef State because producing beef improves both the health of humans and the planet. I would be honored to remind you exactly why it is that we are proud to be in the beef business.

For years meat products were consumed without actually looking at the health benefits of their consumption. In the late 1970's, a very flawed piece of junk science from the University of MN suggested that the consumption of milk, meat and eggs may be problematic and the downhill slide began as the media and legislators jumped on the bandwagon instead of doing their homework.

Thankfully better science in recent years clearly shows that the daily consumption of animal products is not only the healthy way to go but is essential for health and brain function.

Studies from researchers like Dr. Lindsay Allen at UC-Davis have led her to state that meat consumption is so vital it should be considered unethical not to make your kids eat meat daily.

The newest levels of science really zero in on the benefits of beef, particularly in regard to mental health. With all the recent news about vaccinations and autism and a resurgence in diseases, there is one component of brain development that continually gets overlooked.

Dr. Arthur Beaudet, chair of molecular and human genetics at Baylor College of Medicine and a physician at Texas Children's Hospital, is the senior author of the report that appears online in the Proceedings of the National Academy of Sciences.

His findings suggest dietary intake of red meat, especially among very young children, could reduce the chance of developing autism.

Meat eaters receive about 75% of their carnitine from their diet; however, dietary carnitine levels are low in vegetarians and particularly in vegans. In most people, levels of carnitine are balanced by the body's ability to manufacture its own carnitine in the liver, kidney and brain, starting with a modified form of the amino acid lysine.

We know that 20% of all teens will experience depression before they reach adulthood.  Many recent peer reviewed studies have proven that vegan and vegetarian diets are directly tied with an elevated risk of depression. 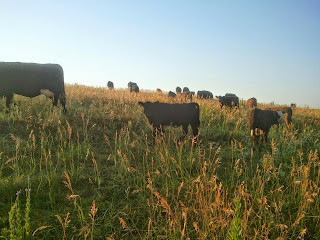 Now on to the statement about how cows improve the planet. As ruminant animals graze pastures properly, the plants increase their absorption of greenhouse gases which are actually plant food.

The USDA has a 50 year study conducted by Richard Hart that documents how moderate cattle grazing improves plant diversity. In fact, his work goes so far as to say that overgrazing actually promotes more plant diversity than non-grazing.

For anyone who actually wants to open mindedly look at the real science, you can't argue that the grazing animal does anything but improve the planet.

Recognizing that 75% of the total land mass in the United States is not suitable for growing crops but can grow grass, cows are vital components to not only a healthy planet but a well fed nation.

I admit that in Nebraska we pride ourselves on corn fed beef. It truly is our marketing niche.  With that said we must remember that even in the best corn fed beef, only 30% of the animals total diet originated from grain.

Cattle are able to convert the cellulose from grass into human consumable, life-essential proteins as well as a lengthy list of many other products we use every day from toothpaste to thrombin for surgeries to tires.

Raising and eating beef does not destroy the planet. In fact, it benefits both the planet and the people who live on there, especially proud Nebraska Beef Staters. So forget Meatless Mondays and Meat-free UNL. Because Nebraskans eat beef, we are smart enough to know those aren't good choices for our people or our planet.

Trent Loos is a 6th generation U.S. rancher from Central Nebraska. In addition to raising food for the world, he and his wife Kelli (UNL 88) work daily on educating the public about who, how and why food is produced. More information can be found at www.LoosTales.com or email trentloos@gmail.com or better yet just call 515 418-8185.